OH, WE DOXIE LOVERS BELIEVE YOU!

If you've only had your dachshund for a few weeks, you've probably already found out just how much he/she loves to play tug-of-war. Oh, it doesn't matter if it's with you, another doxie, or another dog breed of any size!  Of course, they first have to pretend to give you the sock, rope toy, or an old T shirt so you can get your arm nearly pulled out of the socket! They want you to take the toy, but stay just out of reach so you can't actually grab it at first. Eventually, they'll allow you to grab onto said toy (you, of course, mistakenly think they want you to throw it so they can fetch it--WRONG). Oh, they might fetch it a couple of times, but their ulterior motive is for you to play tug-of-war with them.

It used to amaze my husband Clark and I at how strong our doxie Duke was. He weighed around 17 pounds, and he really kept his end of the bargain by pulling so hard that my shoulder joint really felt it. His tail wagged the entire time while he growled menacingly. That toy was his quarry, and woe be unto it if it also happened to squeak!

Watching two doxies play tug-of-war is quite entertaining, too. Both tails wagging like windshield wipers, both growling like big, bad dawgs--but having the time of their lives. Dachshunds have been rated as the most aggressive breed by the AKC, and that trait really shows in the doxie's favorite game, even if with a dog three times its size.


Dachshunds . . . that's why I love them so . . . they are so entertaining and fun. It's never a dull moment when they're around (and they're not sleeping, that is).

In true doxie fashion, granddawg Sunny always notices when family members have something to eat. You can't hide it from her, you can't hope to remain quiet enough to get it past her, because of her NOSE! She's a mini, but this photo makes her look like a standard. If you'll look at the photo below it, she's with Bruno, her boxer brother--that puts her size into perspective:


Remember how tiny she was when she first came home? Here she is just before she was adopted: 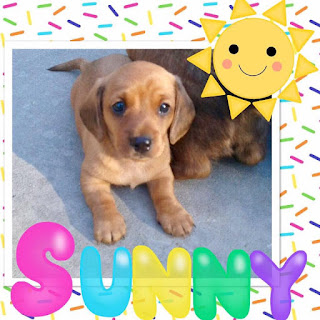 What a cutie she was (and still is).

What do you call dachshunds wearing PJs? A-D-O-R-A-B-L-E!!

Dachshunds . . . you gotta love 'em, especially when they look adorable like these do!
Posted by Mavis Duke Hinton at 12:01:00 PM No comments:

We all know that dachshunds are highly intelligent dogs. Perhaps one of the reasons they give us that look that says "Are you STUPID, human?" is because of their intelligence. I always say that you haven't lived until your dog looks at you with that sideways eye, or better known as "the stink eye."
Duke was a master at that, and he used it often. Wonder if he thought his humans were really that stupid, lol!

In any case, here are doxies demonstrating "the look." Enjoy!

Dachshunds are known a loving dogs, and Sunny is no exception. Yes, doxies can be stubborn, but you won't find a more loving and caring dawg on the planet. They love their humans and seek love from them.

Dachshunds . . . you gotta love 'em, because they're the best!

You never have to worry about what a dachshund thinks about ANYTHING. They're known for being a tad bossy, and will definitely take charge if you let them. Since they're smarter than we are, it's imperative that humans establish who's in charge from the beginning, even with that cute, innocent-looking little puppy.

Our doxie Duke used to look at us like we were (1) stupid, (2) crazy, (3) ridiculous, and all of the above! We'd do things to get a reaction from him: funny noises, sing off key, make silly faces, etc. You haven't lived until you've been looked down upon by a doxie! Honestly, I believe he thought we were quite dim witted, but he loved us and put up with us, anyway.

It's a good thing that we humans don't actually know what the animals around us think about us, don't you agree? 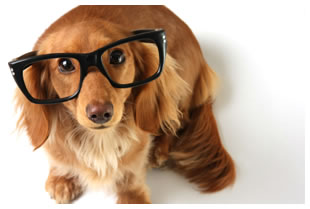 Faces of a shameless beggar ~ none other than granddawg Sunny! Every dachshund I’ve ever known acts the same.

Is your doxie a shameless beggar for human food, too?


One thing doxies do well is chilling out--and sleeping, resting, relaxing--well, you get the idea. Dachshunds . . . you gotta admire their work ethic!
Posted by Mavis Duke Hinton at 1:37:00 PM No comments:

We all know that dachshunds don't care for the cold at all. Hence, they burrow under any blanket or piece of clothing lying around. They love to like in the sun, getting toasty warm. They sit beside a roaring fire. They even love heating pads or water bottles filled with hot water. I wouldn't recommend leaving either a heating pad or hot water bottle with a doxie, though--you know how they love to chew on things, so . . . you know what might happen.

The photos below offer proof of their desire to stay warm:

THAT SAYS IT ALL

I can attest to the fact that doxies love and care about their humans. Dogs can sense when we are upset or distraught, and it has been proven that they can smell the difference in our bodies when we are sick, often before we know. My doxie Duke fulfilled a role in our family that no human could, just by being his sweet self. My hubby and I often used to joke about how happy Duke was when we came home--no human was ever so thrilled to see us like he was.

I've written before about what a great nurse Duke was when I had my two knee replacement surgeries in 2014 (has it already been that long??). My husband Clark waited on me hand and foot, so I'm not discounting his service at all. But Duke lay right by my side, often looking into my eyes, and seeing the pain there, would lick my hand to reassure me. When I first came home from the hospital after the first knee surgery, I could not get up from my recliner without help. However, it hurt terribly when Clark pulled me up. At first, Duke thought "Daddy" was hurting me, and got very upset, barking loudly at Clark. After I reassured him that the pain wasn't because of Clark, he settled down. Such is the beauty of a dog's love.

By the way, yesterday--Feb. 28--marked eight months since Duke left us. It has gotten easier, but I still miss him. We have decided against bringing another pet into our home, not because we don't love dogs, but because we just aren't up for the responsibility any longer. I don't want any dog but Duke. He had gotten used to us, and we had gotten used to him. Ten years of unconditional love, and we are so thankful for those years with him. He was a bright spot in our lives.

Dachshunds . . . you always love them, even when they're no longer here. 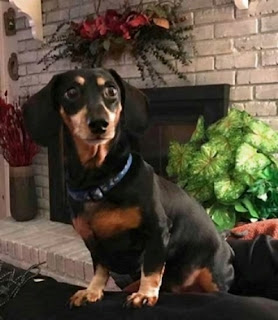 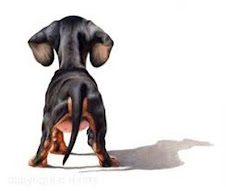 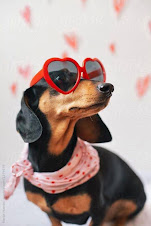 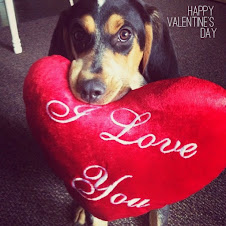